Dark Energy Explained and its Effect on our Universe

Scientists are conducting studies to determine what causes the rapid, unexplained speed at which the universe is expanding.  Reading between the lines, I assume they are working off of a hypothesis that supernovae explosions or other undetected matter is what is causing the universe’s expansion to speed up instead of slow down, and thus work against what one would think would be the effect of gravity.

One would think that if they subscribed to simple answers like…god did it…or there was just a big bang that started it all that there would be nothing left to research.  Luckily these are scientist who want answers.   Unfortunately, when their answers aren’t conclusive, they will end up giving only a partial report.  Let me save you five years of sitting on the edge of your seat only to get a vague non-answer of what is causing the rapid expansion.  Below, I will present my own thoughts on what dark energy represents.  Keep in mind, mine is only theory…but let’s be honest, we’re still living off of most of Einstein’s theories and nobody is really proving him wrong.  Ironically, one of his mistakes was on the expansion of the universe.

The answer to the question of dark matter, to me, is answered by the original question of ‘how did it all begin?’  It has been my opinion for some time that while there may have been a rapid beginning some time ago, it didn’t come out of nothingness.  The big bang theory asserts that there was an incredibly dense atomic level beginning that exploded and expanded in a few seconds and speeds much greater than the speed of light to instantly create a significant portion of the universe.

While science can explain what happened all the way back to immediately after the rapid expansion began, it cannot go any earlier than that due to the laws of science.  Unfortunately, if you cannot discuss anything about where you came from, then I don’t believe you can get to the right answer about where you’re going.  Therefore, it takes some speculation about how things started, to explain the mystery that is dark energy.

To explain the original question of where we came from, let’s take a look at several models about the development of the universe (credit to how stuff works):

My theory is that there is no big bounce; rather a single bounce.  We were created in my long standing opinion, and as some have recently hypothesized, from the remnants of a separate black hole.  If this was true, my theory is that that would represent the spewing the guts of a separate solar system into a new closed universe within that previous universe.  By into, I mean inside of the previous closed universe.  i.e.:  a bubble within a bubble.

This process would continue exponentially for each single universe until the most outward universe could no longer support itself.  Rather than a rapid contraction, I would expect everything to pull apart, much like would happen when a child’s balloon is blown up more than it could sustain leaving whatever was inside to continue on as if nothing had transpired. 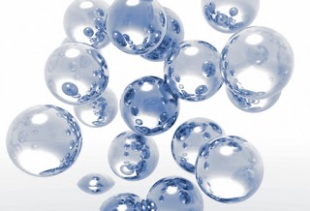 In conclusion, dark energy represents ongoing life from newly created universes within existing universes.  As one universe gets older, new universes grow in its belly.  Even though it appears that there would be no reason for continued rate of expansion based on the calculated amount of matter in the measurable universe, there are new growths from within that can never be seen (i.e.: dark energy).  Therefore, the universes that grow within have more influence on the expansion of the parent universe than the amount of matter that exists on the face of the parent universe.